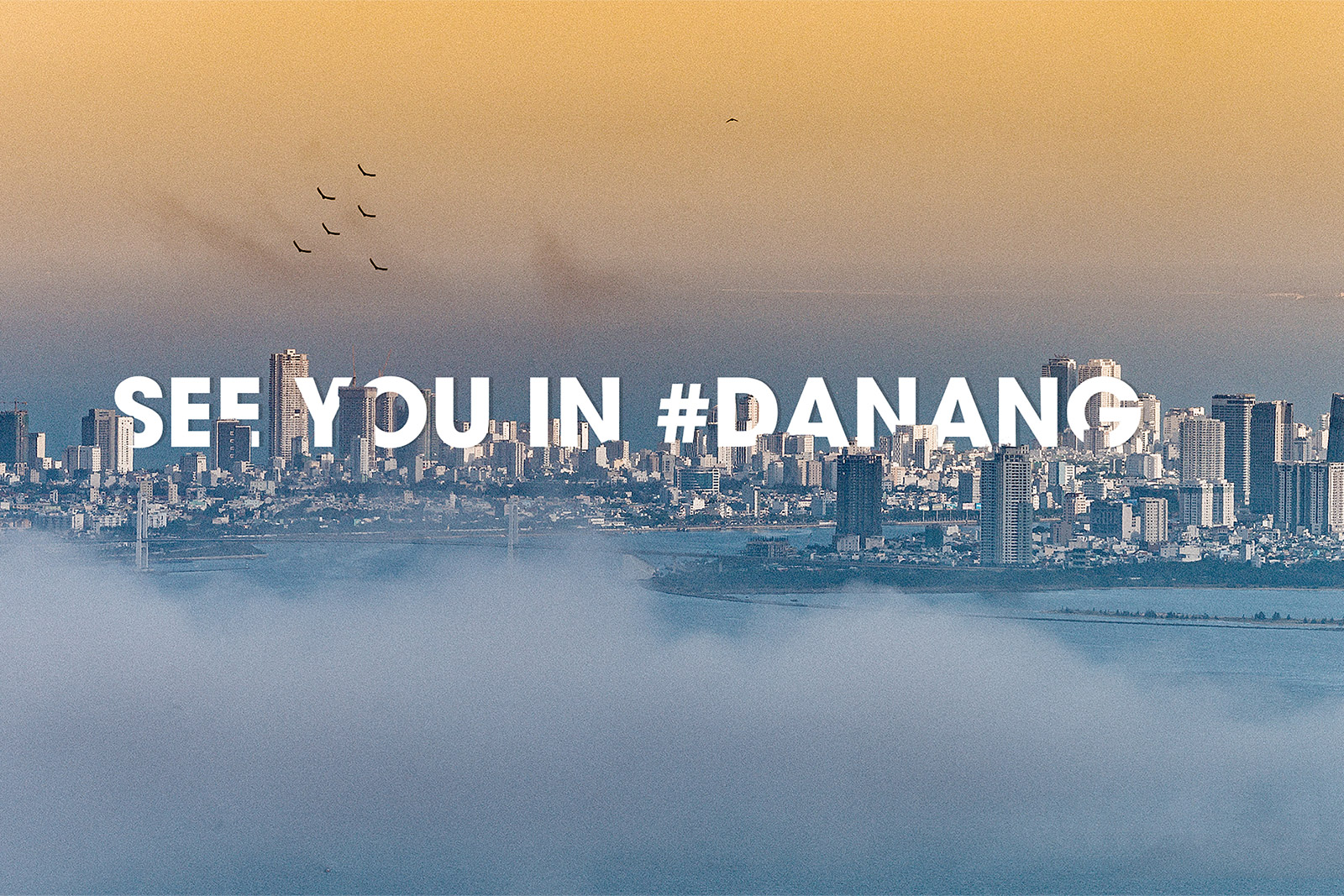 See You In Danang

These days, Vietnamese together with global citizens are taking their responsibilities during Covid-19 crisis by social distancing, staying at home more, and restricting travelling activities.

These days, the “white-shirt heroes”, together with many volunteers are the front liners taking their responsibilities towards the country.

These days, Danang becomes a little quieter, a little slower, as if the city is preparing itself to be the strong back-line for the heroes fighting with all their efforts out there.

No matter what, Danang remains beautiful. The flowers are still blooming along the beloved streets of the city. Han River is still flowing and witnessing the local daily life. Son Tra is still holding on and healing. The beach is still gorgeous and loving…

On behalf of the tourism industry of Danang, of the citizens of Danang, we would like to send our gratitude to all the heroes in this battle. Danang FantastiCity team would like to send a special message to domestic and international tourists: Take care. Pause. Stay at home. Because Danang will wait for you.

A little waiting will make every reunion worthwhile, isn’t it? Remember, you have a date will Danang soon. And Danang will wait. 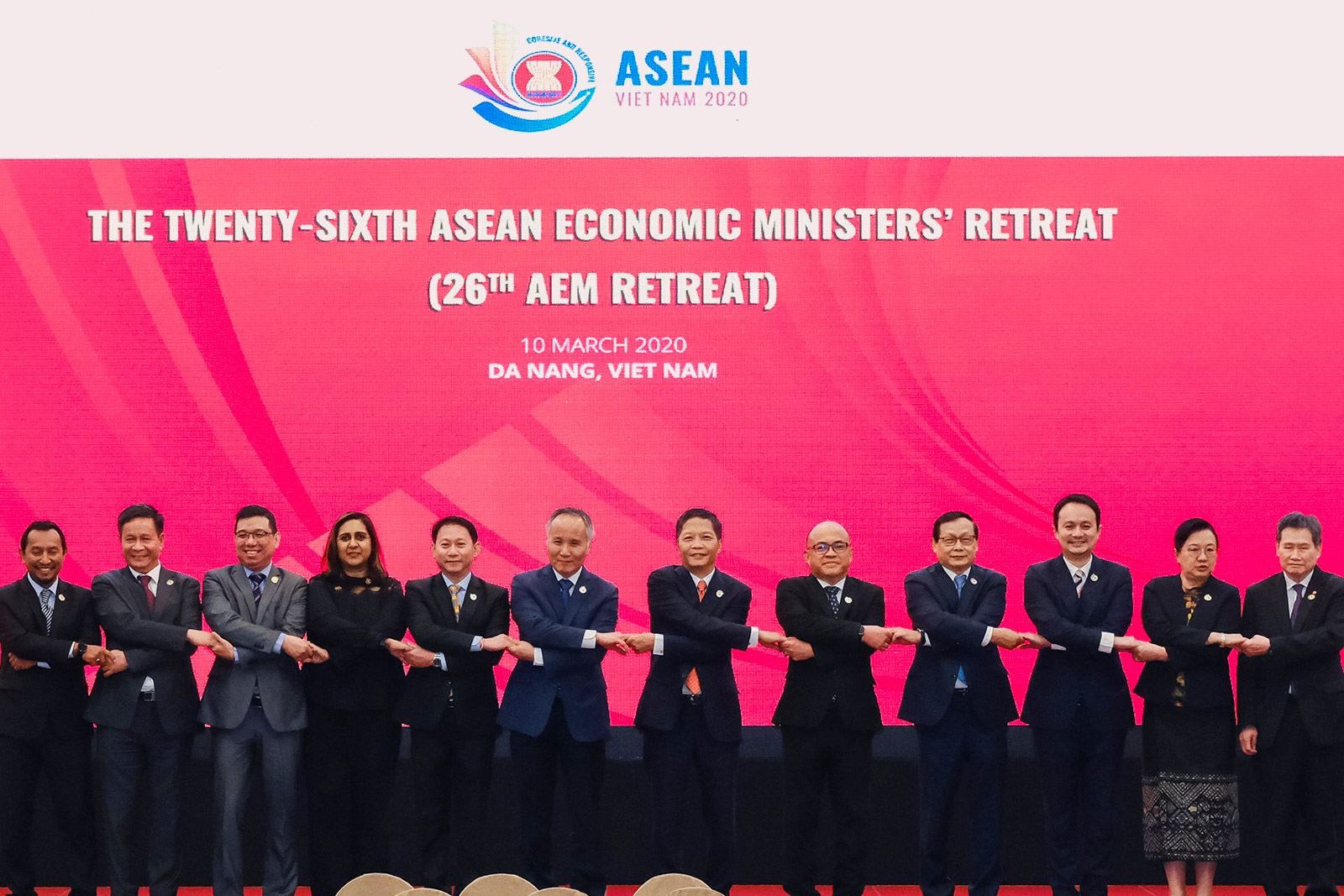 Economic ministers from 10 ASEAN member countries gathered at Furama Resort Danang on March 10th, 2020 for the 26th ASEAN Economic Ministers’ Retreat, during which they discussed economic cooperation plan this year.

The plan, including 13 priorities proposed by Viet Nam, will be submitted to the 36th ASEAN Summit, scheduled to take place in the city from April 6-9.

The priorities are based on three main orientations, namely promoting connection and economic connectivity in ASEAN, enhancing partnership for peace and sustainable development and raising adaptation capacity and operational effectiveness of ASEAN.

Given the complicated developments of the COVID-19 epidemic, Vietnam suggested ASEAN needs to take concerted efforts to maintain ASEAN supply chains and facilitate access to input materials by businesses, especially small and medium-sized ones. A delegation from ASEAN countries, New Zealand and the ASEAN 2020 National Committee on March 5 inspected preparations for the 36th ASEAN Summit and the ASEAN-New Zealand Commemorative Summit at Ariyana Convention Centre, managed by Furama Resort Danang.
The delegation comprised 80 officials from member states of the Association of Southeast Asian Nations (ASEAN) and New Zealand and some 150 others from subcommittees of the ASEAN 2020 National Committee.

The summits are scheduled to take place at Ariyana Convention Centre Danang in early April.

Representatives of the subcommittees informed the delegation on preparations in all aspects such as reception, logistics, security and healthcare.

A representative of the city’s Centre for Disease Control and Prevention (CDC) presented preparations for the prevention and control of the acute respiratory disease caused by new coronavirus SARS-CoV-2 (COVID-19) in order to ensure safety for delegates to the summits right from the Da Nang International Airport to hotels and meeting venues.

As scheduled, the delegation will make fact-finding trips to related places such as hotels, the International Media Centre and the Da Nang International Airport.
Source: VNA 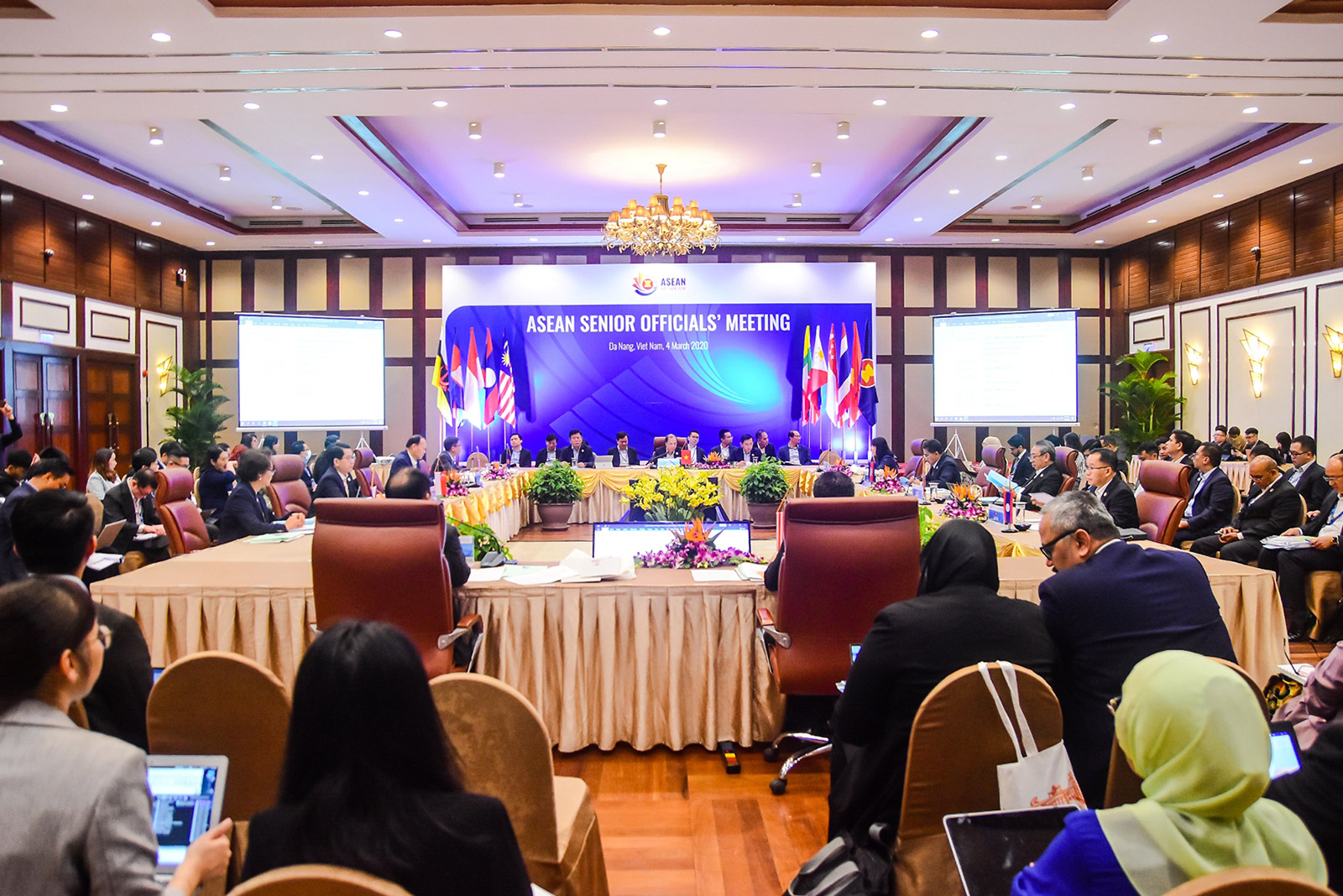 The ASEAN Senior Officials’ Meeting (SOM) was held at International Convention Palace, Furama Resort Danang on March 4th, 2020 under the chair of Vietnamese Deputy Foreign Minister Nguyen Quoc Dung.
The Deputy FM affirmed Vietnam’s determination to fulfill the tasks of the Chair of ASEAN in 2020, including the acceleration of the ASEAN Community building process, the expansion of the regional group’s external relations and the reform of ASEAN working methods.

Regarding the complicated developments of the acute respiratory disease COVID-19, Dung highlighted Vietnam as a safe destination for foreign tourists with the epidemic under good control. As host of ASEAN events this year, Vietnam has been taking a score of measures to ensure the safety and health of all delegates, he added.

Participants discussed making actionable the conclusions reached at the ASEAN Foreign Ministers’ Retreat in Nha Trang, Khanh Hoa province in January, and the initial preparations for the 36th ASEAN Summit and relevant events to be held in Danang on April 8th-9th.

They agreed on the working agenda of the ASEAN-New Zealand Commemorative Summit slated for April 9th immediately after the 36th ASEAN Summit. Participants also gave their opinions about steps to implement initiatives and priorities, proposed by Vietnam during 2020 under the theme “Cohesive and Responsive”.

Following the SOM, the special ASEAN SOM, the 9th meeting of the ASEAN Coordinating Council Working Group, and the Joint Consultative Meeting are set to take place on March 5th-6th. 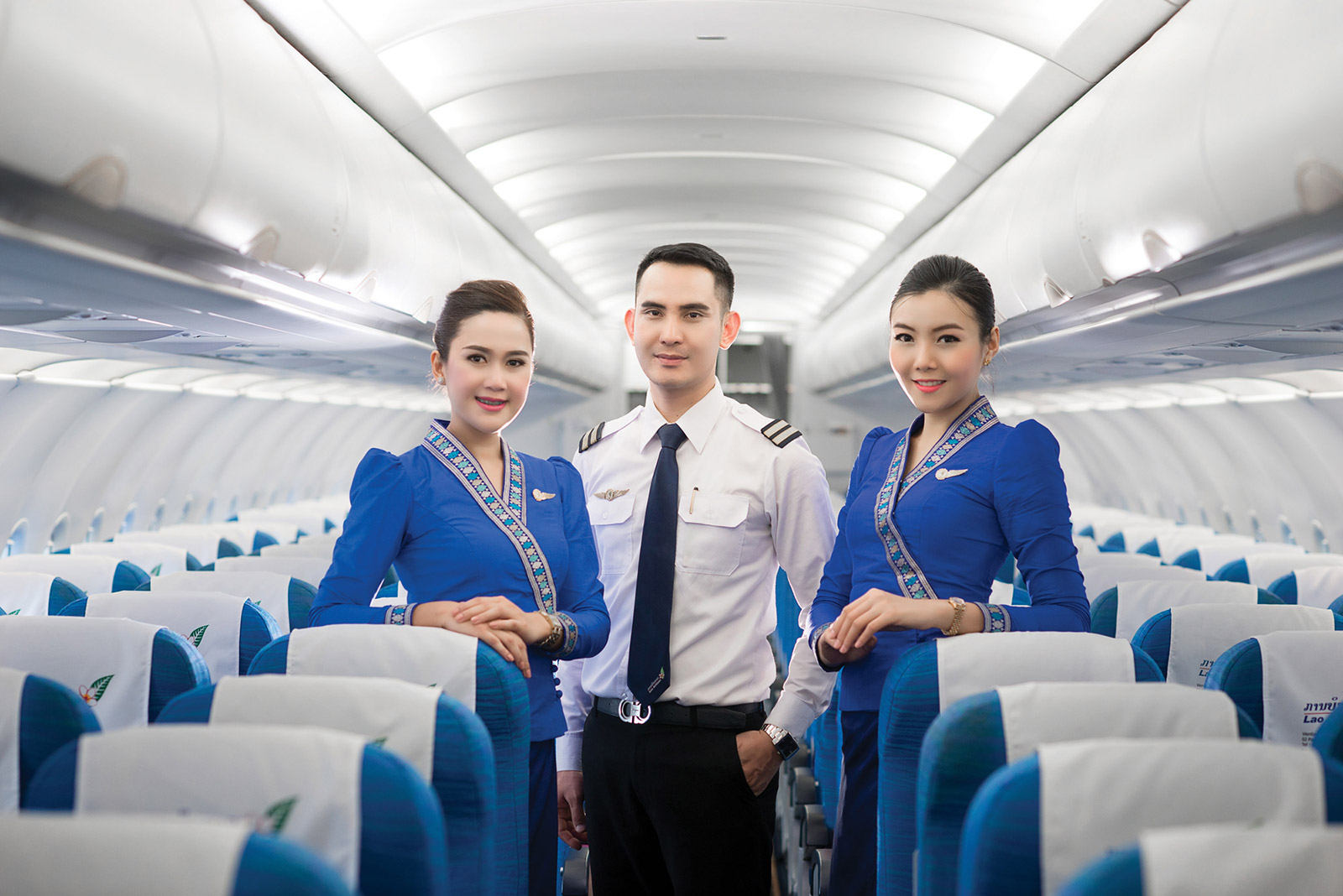 On the occasion of the 45th anniversary of the Liberation of Da Nang City and with the aim to strengthen diplomatic relations between Laos and Vietnam, from March 29th, 2020, the flight route of Vientiane (Laos) – Da Nang will be operated by Lao Airlines with 3 weekly flights on Tuesday, Thursday and Sunday on ATR 72 aircraft with 70 seats.

The launching of the new path Vientiane – Da Nang is the fruit of endless promotional efforts from both sides by a series of events such as roadshows, trade shows, conferences and congress… In addition, the operation of this route not only shortens the geographical gap between both destinations but also meet the higher travel demand of tourists from Lao and North East Thailand to Da Nang. TripAdvisor is the world’s largest travel site with over 60 million members and over 170 million reviews and opinions on hotels, restaurants, attractions and travel services.

On 25th of February 2020, TripAdvisor honored Da Nang in Top Trending Destinations voted by tourists and members of this site.

Ranked 7th in the list of the 25 most popular destinations, Danang is complimented by TripAdvisor with the hospitality of local residents, unique cuisine and outstanding natural landscapes: “Da Nang is laid-back and friendly, maybe because everyone you meet has just finished an amazing meal. Culinary tours are a hugely popular way to experience literal local flavor. After you’ve stuffed yourself with bold noodle soups and savory street foods, walk it off by exploring the limestone caves and Buddhist grottos of the Marble Mountains.” 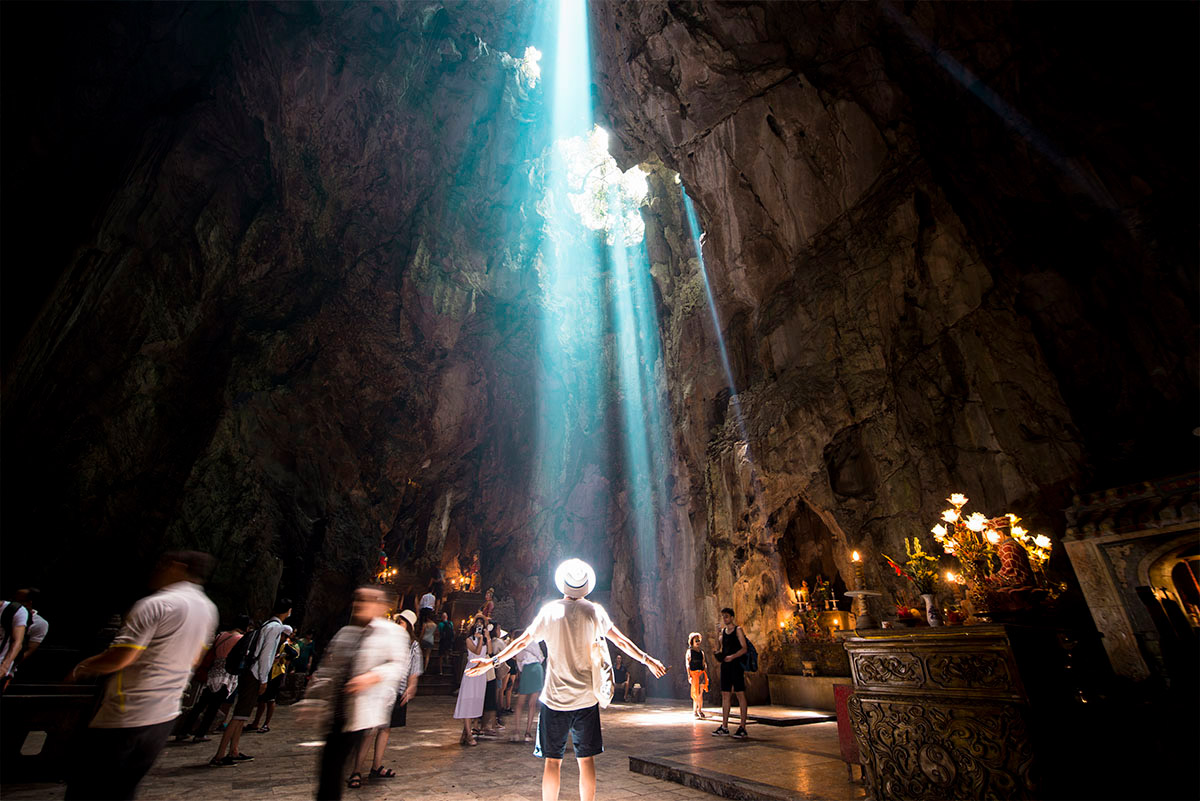 Topping the list of the world’s trending destinations voted by TripAdvisor is the city of Cochin (India), famous for its beautiful coastline and a blend of Eurasian culture. Some famous international tourist cities are also in this list such as: Porto (Portugal), Krakow (Poland), Malta, Buenos Aires (Argentina), Vienna (Austria), Mexico City (Mexico), Chiang Mai (Thailand), Budapest (Hungary), Moscow (Russia) … Ho Chi Minh City was also voted and ranked 12th on this list.

Da Nang was voted as a Top 1 Travelers’ Choice Destination On the Rise 2015. Up to now, being in the Top of the world’s trending destinations in 2020, Da Nang is gradually proving its destination brand on the global tourism map.

Along with the efforts of the local tourism and health industry, Da Nang is focusing its efforts to overcome the global crisis called Covid-19, and aims to affirm the image of a “civilized – safe – friendly ” that always exists in the hearts of tourists everywhere. Chef Perumal has practical, technical and management expertise in all areas of a kitchen in a restaurant as well as international hotels with his career spanning over 20 years in the industry. He has developed his repertoire to provide not only outstanding skills in food preparation, menu planning and cooking techniques, but also implement all standardized procedures, rules and regulations systematically to be in line with hotel policies that create excellent hospitality service.

Passionately following his dream and choosing food production as his career, and worked in different hotels across the seas including China and Macao, Morocco plus Kuwait (Middle East), he has acquired experience in various verticals of the food industry being involved in various activities abroad like hosting MICE functions, conducting food concept and recipes, controlling all ordering and purchasing functions of butcher, perishable and grocery with strong leadership in kitchen management.

As being an expert in Indian cuisine, chef Perumal will be responsible for supervising the daily operations of the kitchen, designing menus, developing new recipes and training the culinary team at the hotel.

“We are excited to welcome Chef Tamilarasan Perumal to our team,” said Mr. Matthias Wiesmann, General Manager of Furama Resort Danang. “Guests will be able to experience the rich aroma and truly authentic Indian cuisine he will add to the gastronomic experience, providing Indian vegetarian, Jain, South Indian & Halal food, at this unique picturesque venue and banqueting offerings with his signature recipes that have been discovered by himself from around the world.” 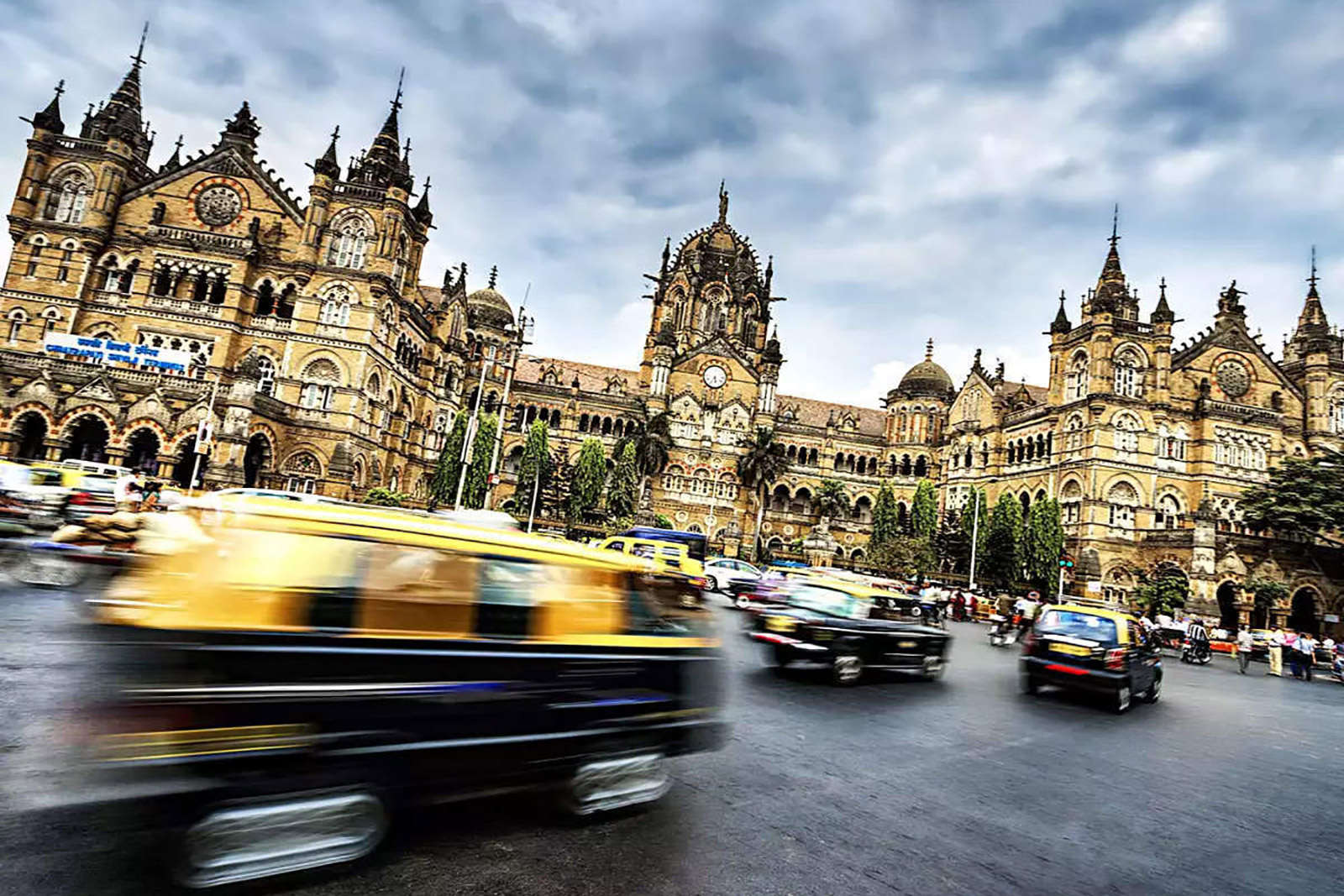 VietJet Air to launch New Delhi-Da Nang in May

Da Nang (VNA) – Budget carrier VietJet Air will begin direct flights from the central city of Da Nang to New Delhi in India from May 14, with five flights per week.

A VietJetAir source confirmed on February 2 that Airbus A320 and 321 aircraft will be used on the route.

It’s the third direct air route connecting New Delhi with Vietnam after those from Hanoi and HCM City were launched in 2019.

Flights will depart from Da Nang at 6.15pm on Monday, Wednesday, Thursday, Friday and Sunday, while they will take off from New Delhi at 10.50pm the same day.

The city welcomed 8.7 million tourists in 2019, of whom 3.5 million were foreigners. 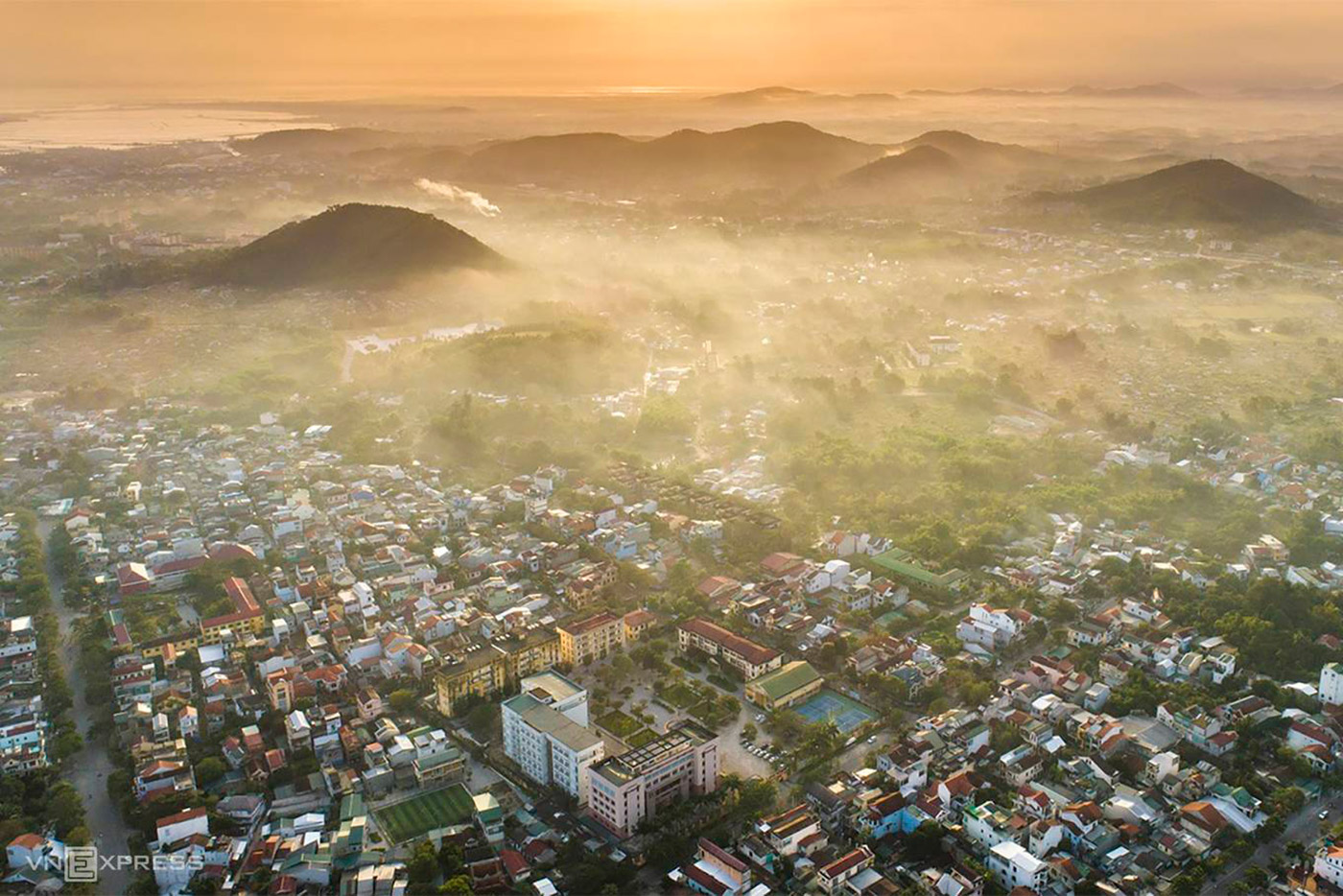 Quang Binh, dubbed Vietnam’s cave kingdom, is a rising star on the local tourism map and has been made various efforts to gain global recognition. It is home to UNESCO heritage site Phong Nha-Ke Bang and the world’s largest cave Son Doong. 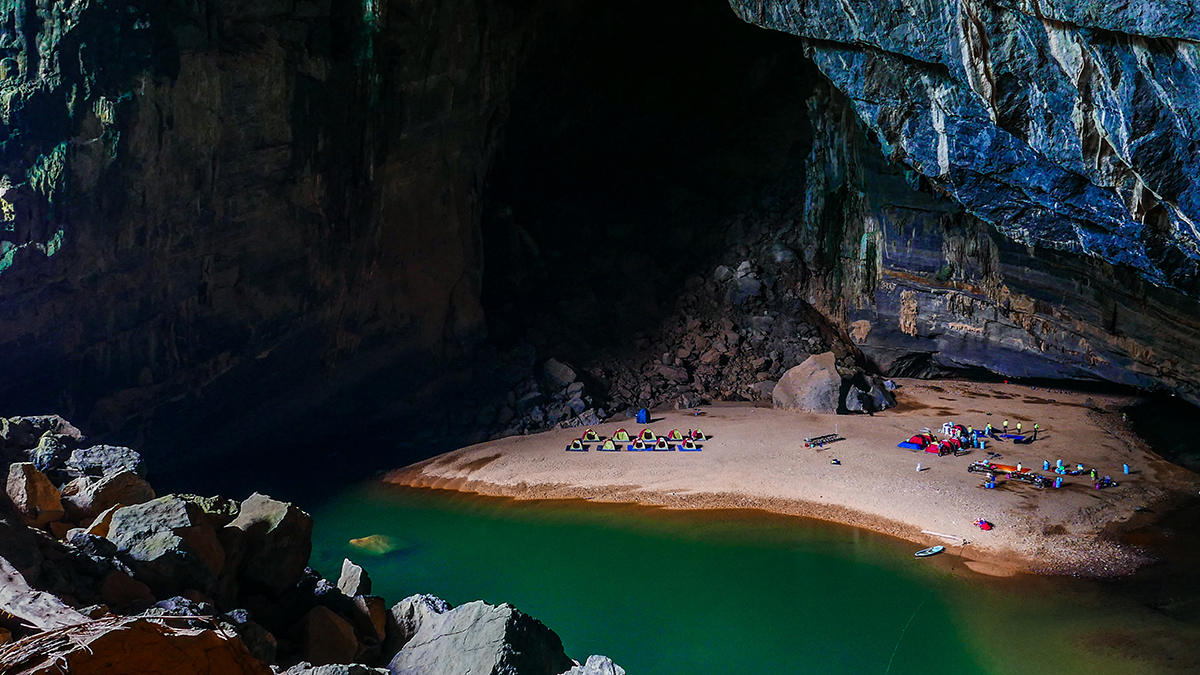 My Son Sanctuary in Quang Nam Province is a must-visit destination on a tour of central Vietnam, World Travel Magazine stated.

“Once home to the Champa kingdom, My Son near Hoi An is a UNESCO World Heritage Site, much loved for the romantic air resulting from its painting-worthy scenery of colorful lanes and cultural buildings lined up along canals and bay, a melting pot of cultures.”

The former imperial capital of Hue should not be skipped, it said. “Hue, once witness to the glories and collapse of Nguyen Dynasty (1802-1945), is lined with dazzling pagodas in sculptured splendor, complete with palaces, shrines, citadel, and statues of warriors and horses guarding the secrets of ancient tombs.” 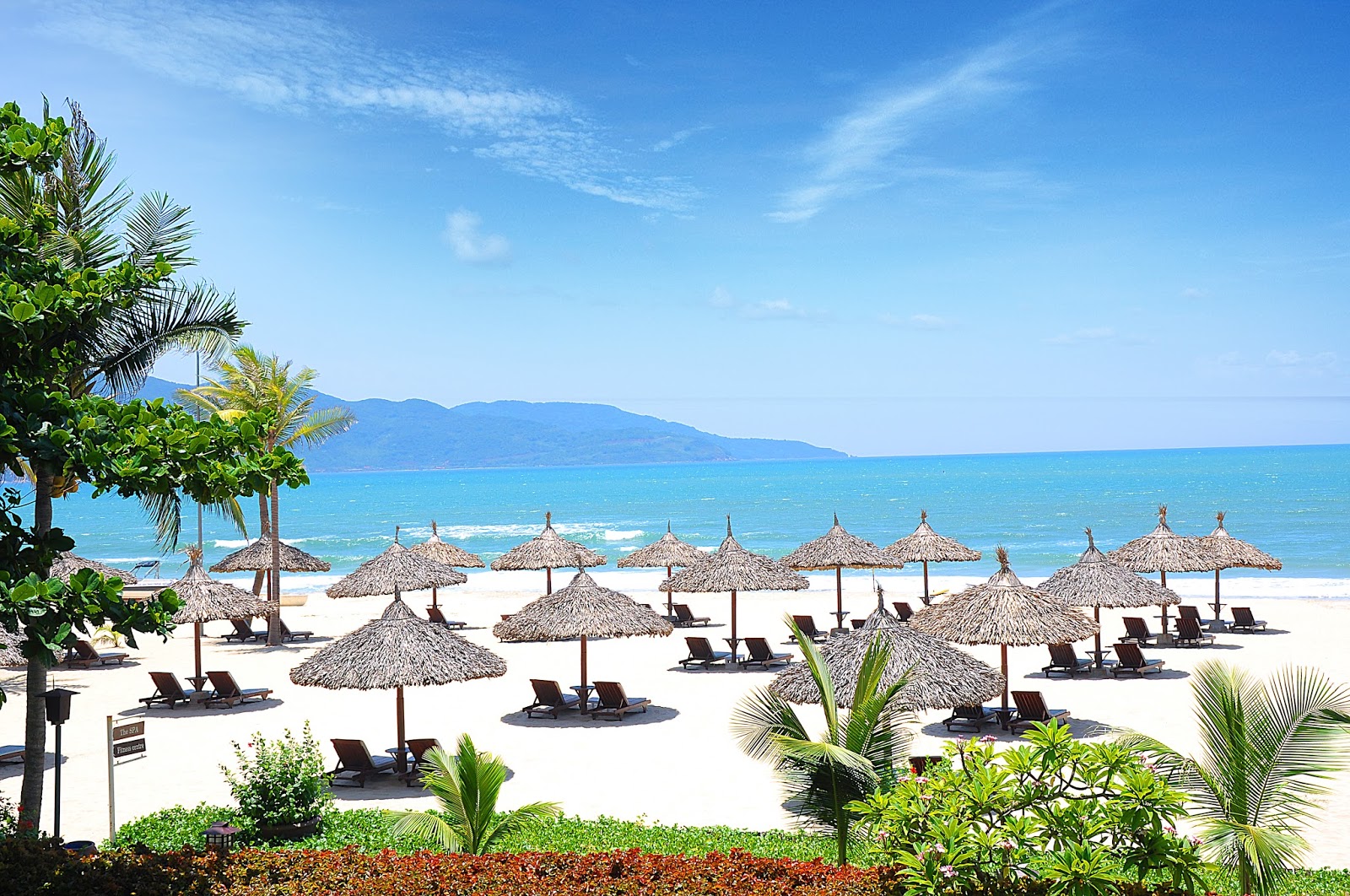 Other destinations included in the magazine were Patagonia between Argentina and Chile, Ladakh State in India, St. Petersburg in Russia, Dubai, Kyushu Island of Japan and Rijeka in Croatia. 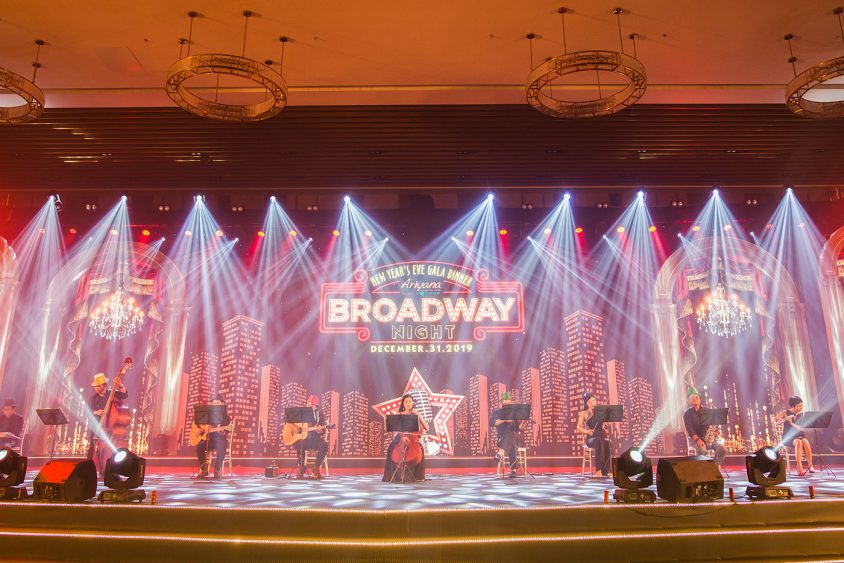 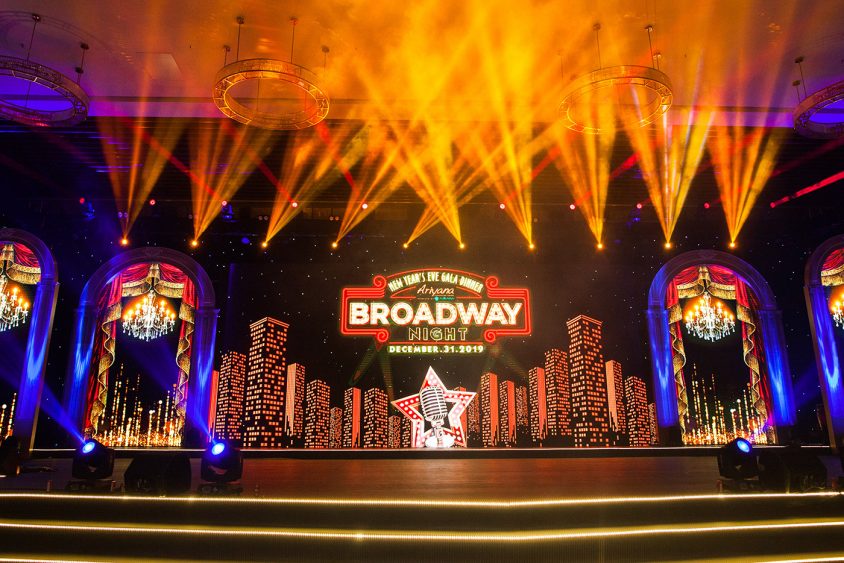 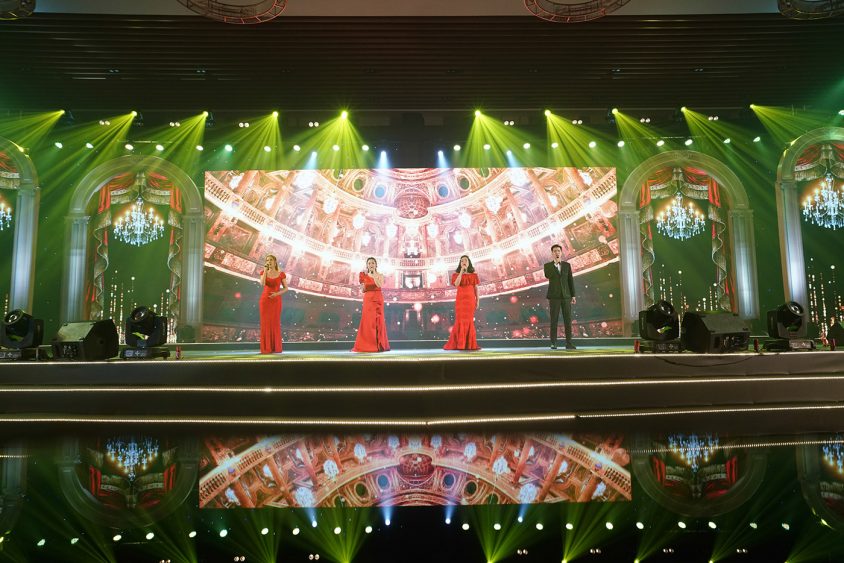 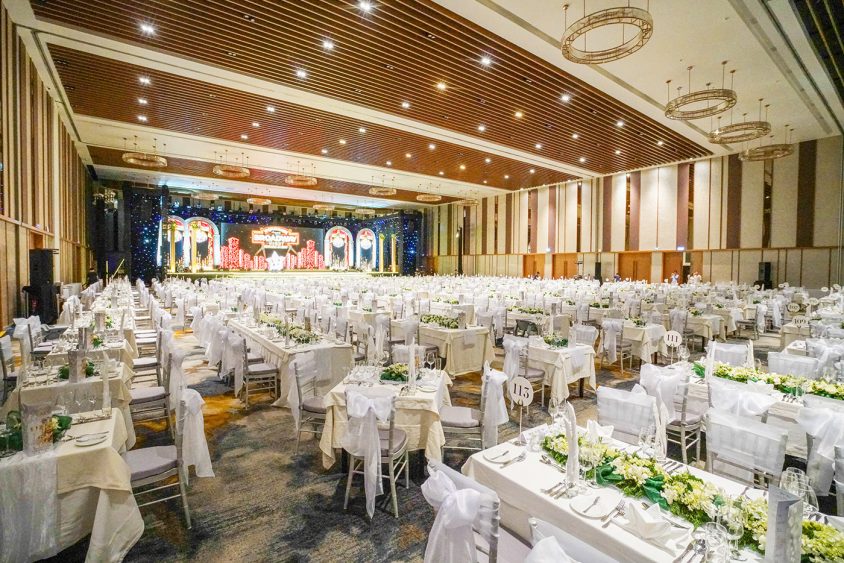 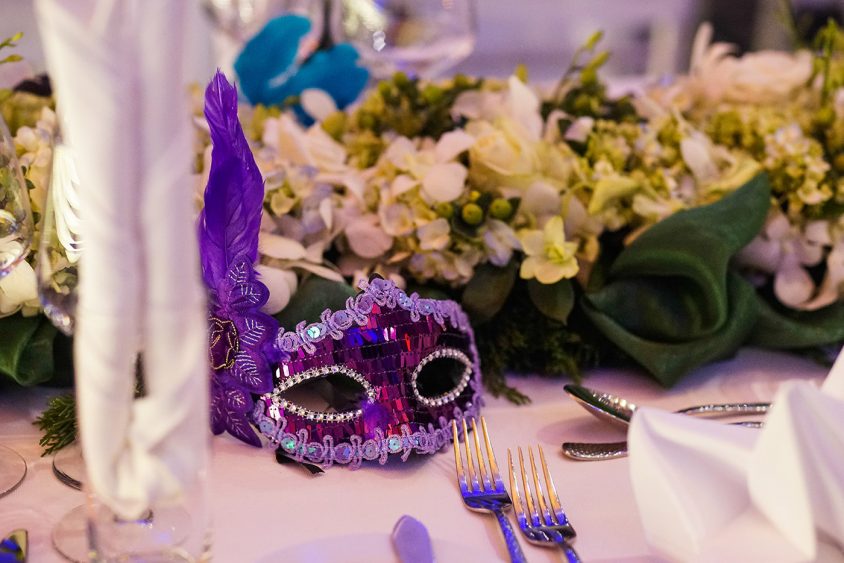 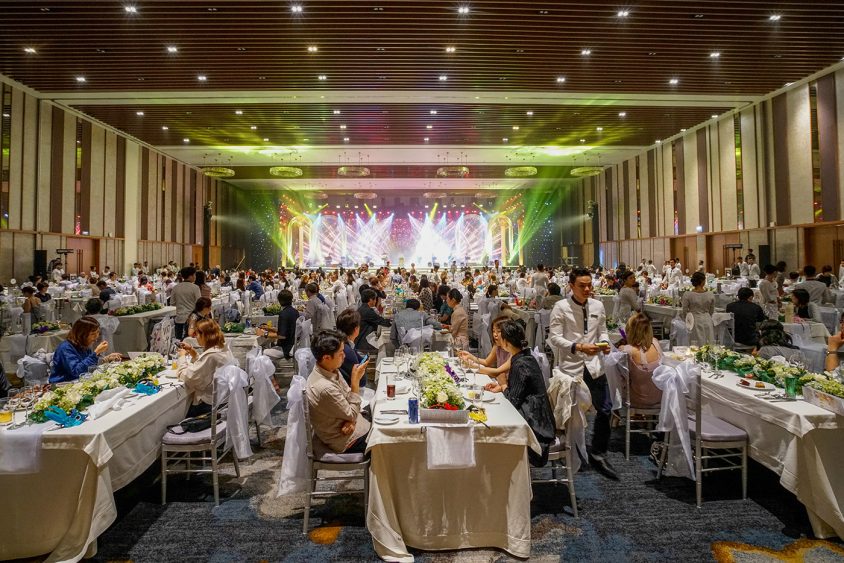 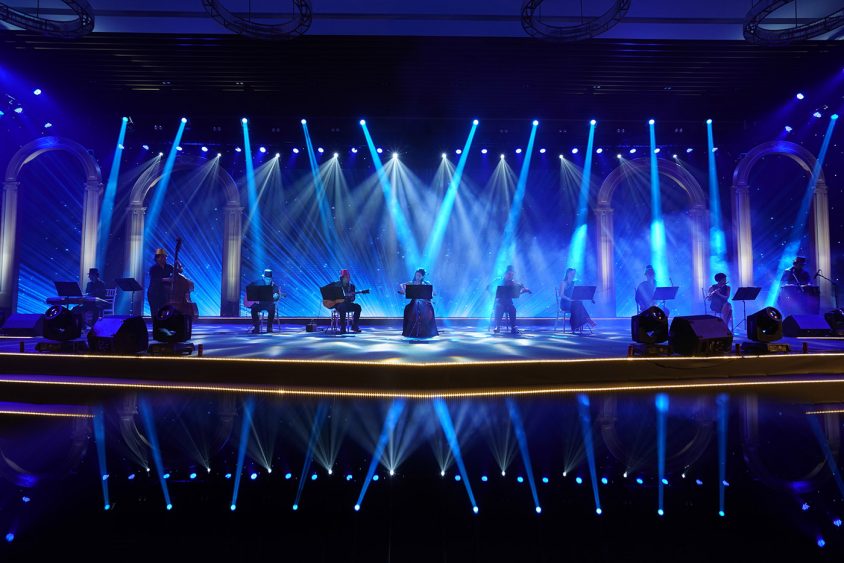 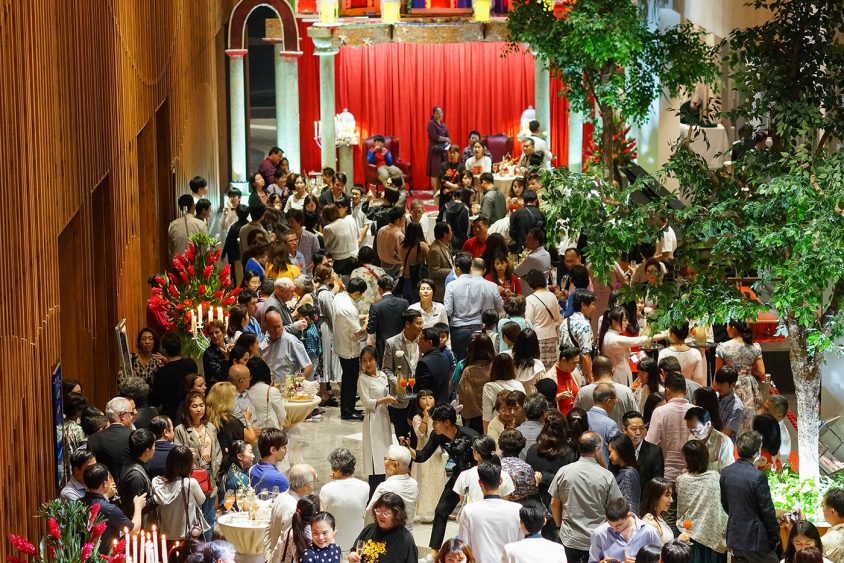 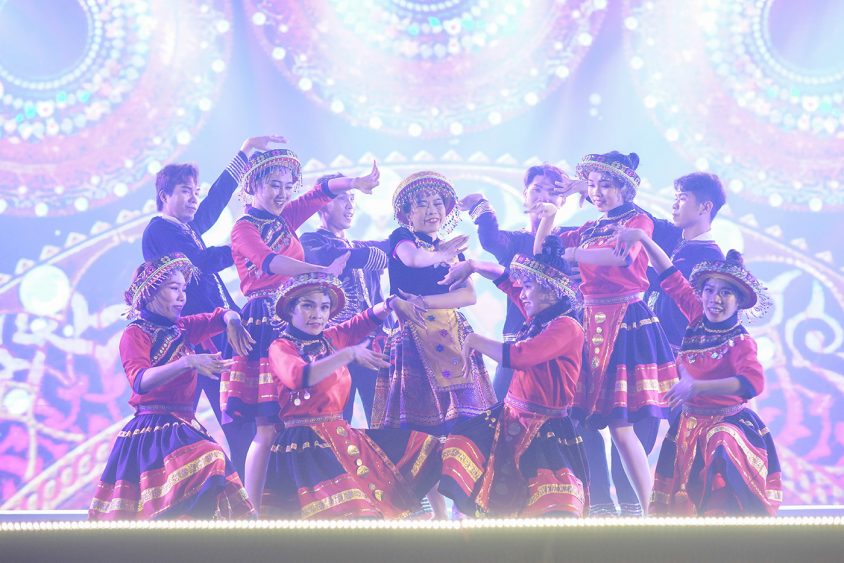 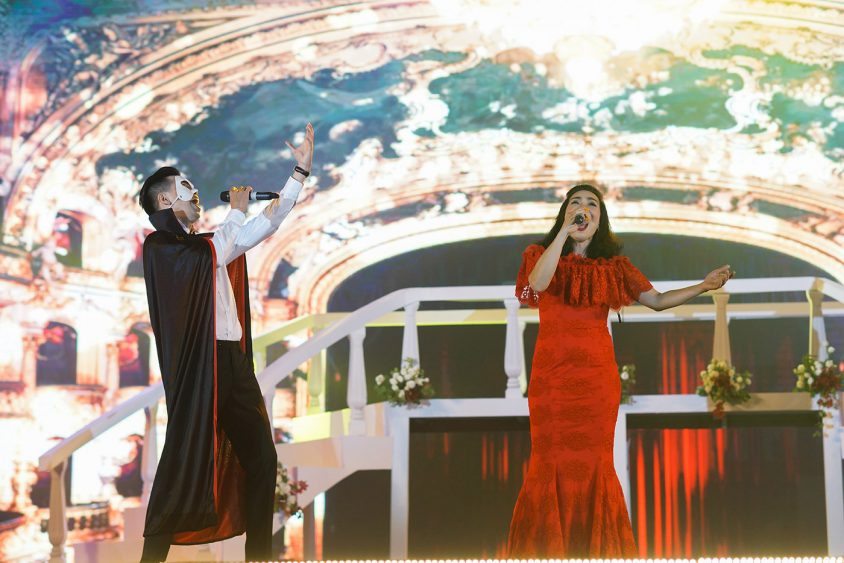 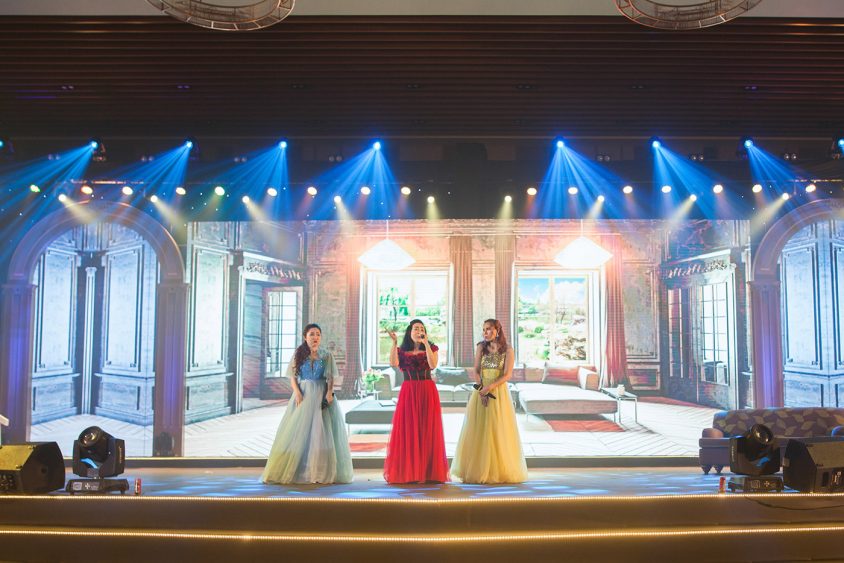 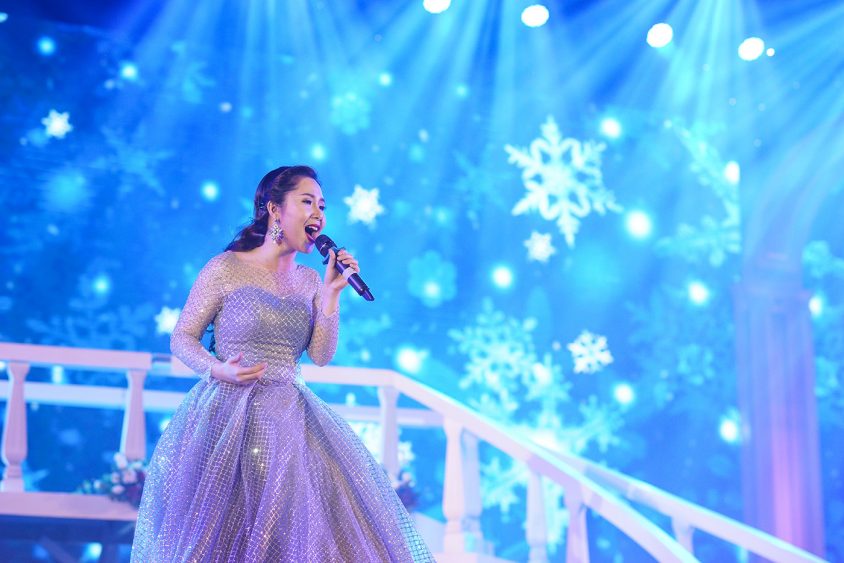 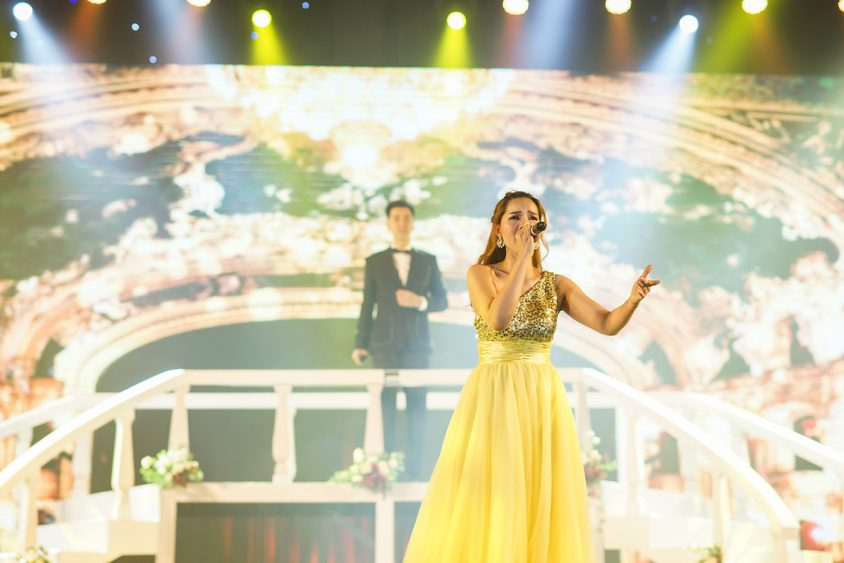 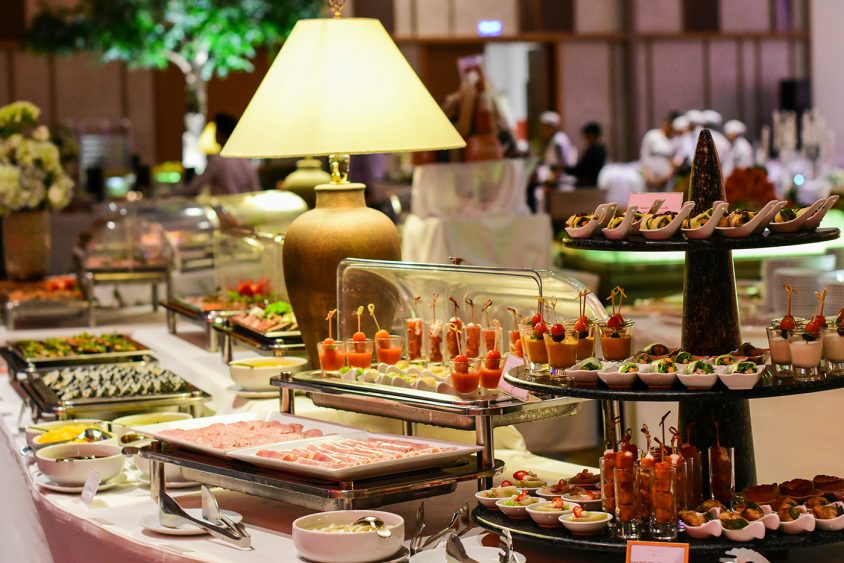 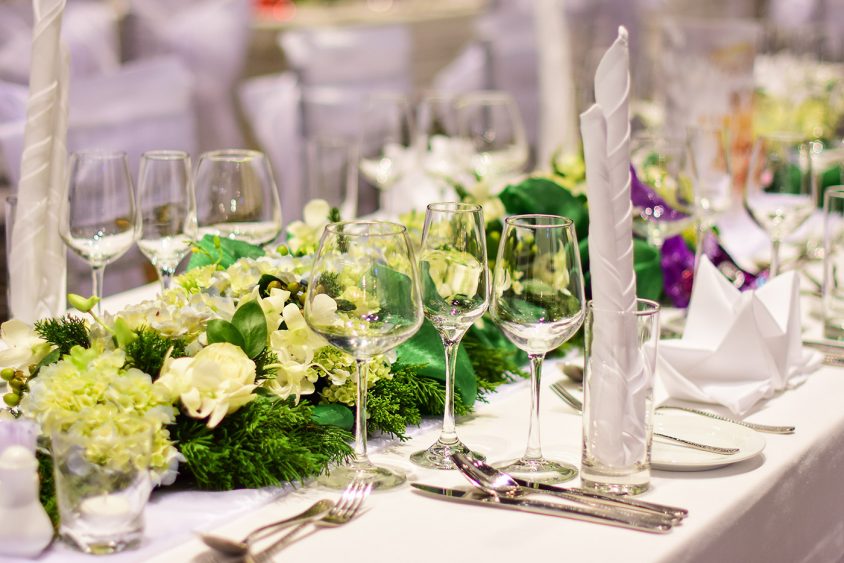 The spectacular night of culture, art, and entertainment featured a blend of the finest musical excerpts with the marvelous interaction between music, lights effects and stage designs, delighting more than 400 guests with one surprise after another which they will cherish for a long time.