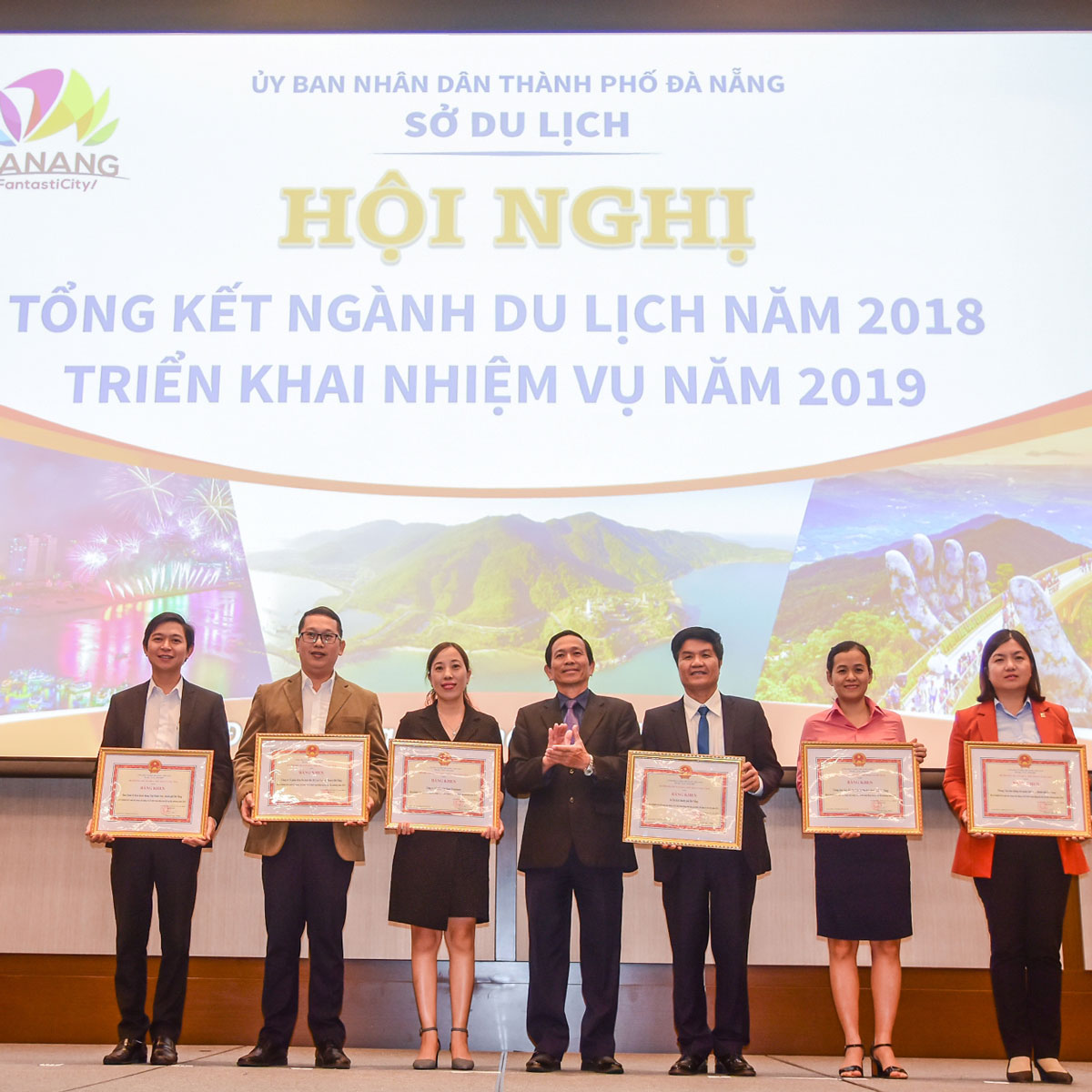 On January 24th 2019, Furama Resort Danang was honored to receive the certificate of merit from the Minister of Culture, Sports and Tourism for the resort’s outstanding achievements in hospitality activities as well as significant contribution towards the development of Danang’s tourism industry in 2018.

The certificate was awarded during the 2018 Tourism Business Result Conference organised by Danang municipal Department of Tourism.

Amongst 785 lodging properties in Danang, Furama was the only hotel to receive such prestigious award from the Ministry of Culture, Sports and Tourism.

In addition, Mr. Nguyen Duc Quynh – Deputy General Director of Furama Danang and Ariyana Convention Centre, Executive Vice Chairman of Danang Hotel Association was granted the certificate of merit by Director of Danang Tourism Department thanks to his notable dedication to the city’s tourism industry in general and the hospitality industry in particular during the past year.

“It’s such an honor to be highly appreciated by the leaders of Ministry of Culture, Sports and Tourism and Danang Tourism Department for the remarkable accomplishments that Furama Danang and Ariyana Convention Centre have achieved in 2018, which contributed to bringing large-scaled international and national events to the city. We are also the pioneering property to take the responsibility in promoting the image of Danang and Vietnam tourism, contributing to a sustainable tourism industry and balanced market mix for Danang and Vietnam.”, opined Mr. Nguyen Duc Quynh.

Not only famous for being the first and the leading 5-star hotel in the city with luxurious accommodation services and international events, Furama Danang is also well-known for its impressive culinary – cultural events, which attract a large number of domestic and international visitors each year such as Thai, Indian, Hong Kong, Mexican Culinary Weeks, Vietnam Folklore Night, Oktoberfest Beer Festival, Tet Village Market during Lunar New Year and photo exhibitions on Danang landscapes, nature and humans.