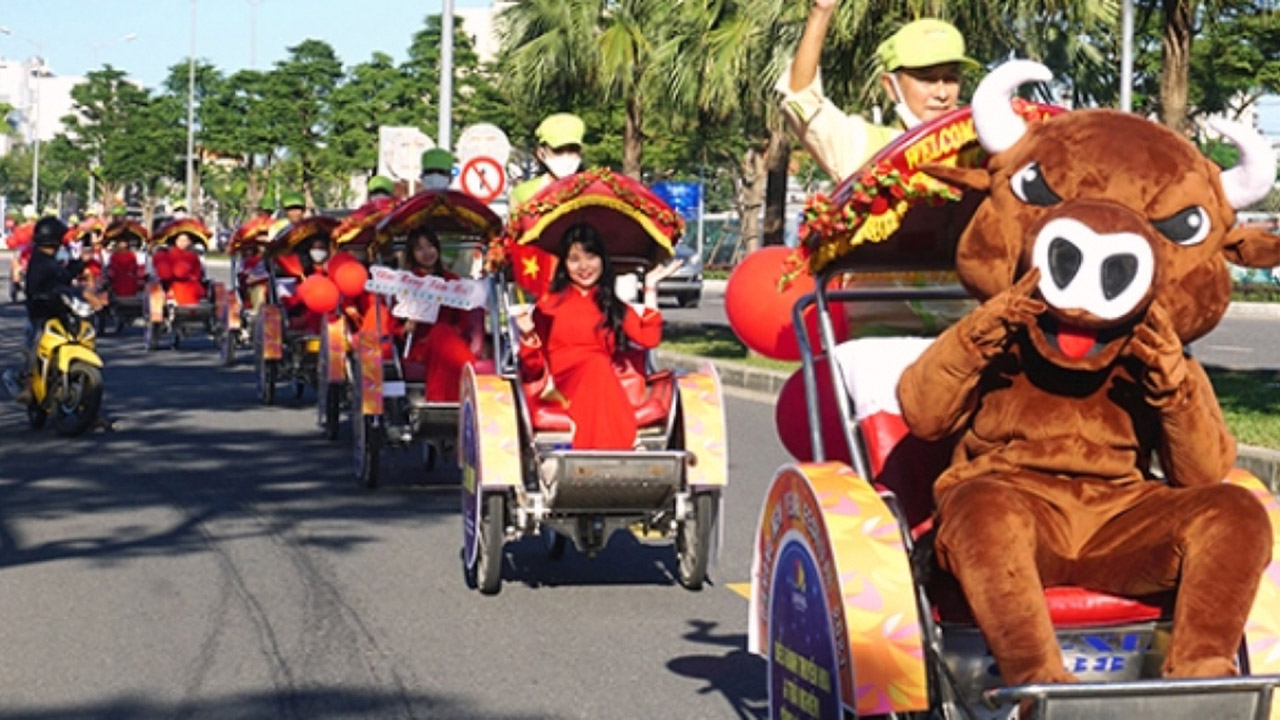 Highly-impressive floral decorations along the Bach Dang Flower Street which is expected to schedule to open to the public on 28th day of the 12th lunar month will be very attractive to visitors who want to record memorable moments with their family members and friends over the biggest festival in a year for the Vietnamese.

Both locals and visitors can immerse themselves in festive atmosphere with their friends and beloved ones at the ‘Tet of the Buffalo 2021’ Festival that will be organised at the Hoa Vang District Administrative Centre from 5-7 February.

In the party, the invited guests and all employees enjoyed two special dance performances that were meticulously arranged, by members from different departments; diverse performances of cultural exchanges from impressive singles, duets and rock bands performed by members, … The lucky draw took place excitedly with many valuable gifts to the members.

Cultural tourism has become increasingly attractive to both domestic and international tourists over recent years and contributed to the tourism sector’s sustainable development.

It was the second consecutive year Vietnam was honoured in the three categories, confirming that culture, heritage, and cuisine are key factors bringing international titles to local tourism.

The project will be developed by VNAT’s Tourism Market Department based on planning and international experience in national brand building and development, with a focus on the two strongest fields of heritage and cuisine.

Cultural tourism is set to account for 15-20 percent of the 40 billion USD in tourism revenue earned annually by 2030. By 2025 and with a vision to 2030, Vietnam will boast many special, high-quality cultural tourism products that appeal to domestic and international tourists.

The central city of Da Nang offered 2,000 tickets free of charge on the first two days of the year for locals and tourists to take part in a travel tour held in the city’s iconic Han River at night.

The program was designed to celebrate the 2021 New Year and restart waterway tourism activities at night, after a halt triggered by COVID-19, creating momentum for domestic tourism development, said Deputy Director of the city’s Department of Tourism Nguyen Xuan Binh.

Fifteen boats sailed simultaneously at 8 pm and the tour lasted for more than one hour. Musical performance was staged before departure.

Nearly 1,000 people joined the tour on the first evening of the year.
A host of cultural activities were also held across the central city’s public locations to mark the New Year holiday./.