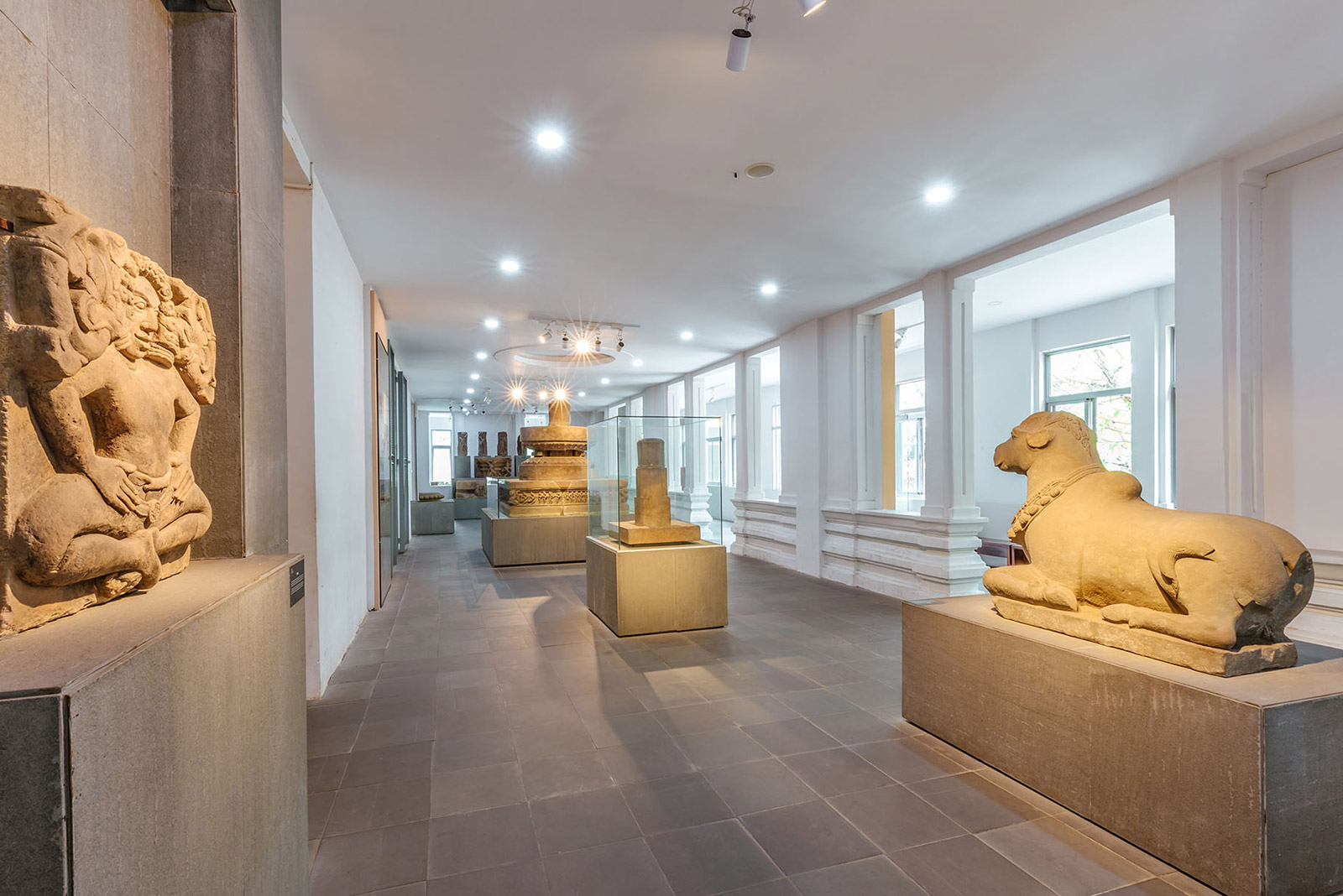 Boasting over 100 years of preserving and bringing into play cultural values, the Museum of Cham Sculpture is considered a unique place showcasing the quintessence of Cham people’s art of sculpture, which is a precious heritage of Danang city as well as Viet Nam as a whole.

In the late 19th century, a French envoy named Charles Lemire discovered a relatively large number of antiquities of Cham people during his archaeological surveys and then brought them to the area which is now the central city of Danang to display.

After that, the French School of the Far East conducted more excavations on a larger scale and found many more items, leading to a need for a museum to exhibit these antiquities.

In 1902, Henri Parmentier, a famous archaeologist from the French School of the Far East, proposed a design plan for a Cham Museum in Danang. Basing on this, the construction of the Museum of Cham Sculpture started in 1915 and completed in 1919.

Located on a mound on the Han River’s western bank, near the western end of today’s Rong (Dragon) Bridge, the museum’s design is the combination of the European classical architectural style and that of Cham people.

The museum initially exhibited 160 Cham sculptures uncovered by Henri Parmentier in the 19th century. Since then, the collection has been added with more objects from different sources.

Given this, the Museum of Cham Sculpture in Danang is one of the oldest of its kind in Viet Nam, even older than the Hanoi-based Viet Nam National Museum of History, which was previously named the Louis Finot Museum built by France in 1926.

The first building of the Museum of Cham Sculpture was designed by two French architects, Delaval and Auclair, basing on Parmentier’s suggestion about using some architectural features of Cham people.

Undergoing many times of expansion, the museum still has its old but charming architecture kept intact and boasts highly unique exhibition spaces.

With over 100 years of conserving and bringing into play cultural values, the Museum of Cham Sculpture is considered a unique place showcasing the quintessence of Cham people’s art of sculpture, which is a precious heritage of Danang city as well as Viet Nam as a whole.

It is currently home to about 2,000 objects, nearly 300 of which are being displayed in several sections with different topics.
The exhibits clearly reflect the cultural and spiritual life, as well as the architectural and sculptural mindset, of Cham people in the past. They also include some items relevant to the Hinduism and several others with daily life-related themes.
Coming to the museum, visitors will have a chance to admire original Cham sculptures dating back centuries ago and learn about the culture of the ancient Champa Kingdom in Viet Nam’s history.

The Tra Kieu collection is among outstanding ones preserved there. Most of its items date back to the 10th – 11th century, some even in the 5th – 6th century.

Notably, they include three national treasures, namely the Tra Kieu altar, the My Son E1 altar, and the statue of Tara.
The Tra Kieu altar, created in the 10th century, is hailed as a sculptural masterpiece featuring images of 11 Apsara dancers in graceful and charming postures. It is also typical for the confluence of Indian and Southeast Asian culture.

Meanwhile, the My Son E1 altar, originated in the 7th – 8th century, vividly and artistically depicts spiritual dances of Hinduism.
The Statue of Tara, dating back to the 9th – 10th century, represents the avatar of Avalokitesvara, a Buddhist bodhisattva, in the name of Tara. It is noteworthy that this is the only bronze object kept at the Museum of Cham Sculpture. 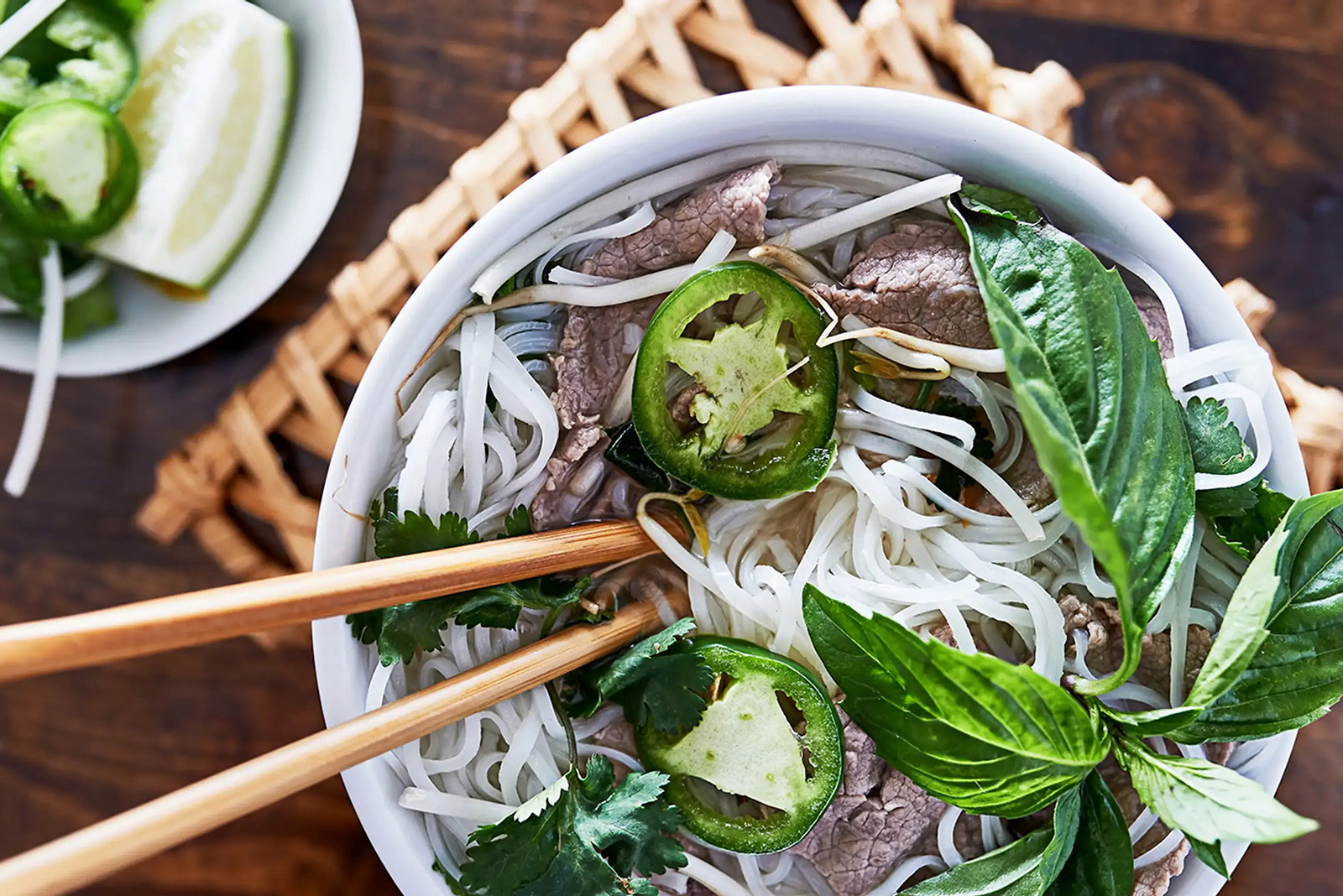 This year’s top 10 list also includes notable low-cost peers such as Ryanair, EasyJet, Frontier, etc. for their excellence performances in flight safety despite the pandemic. Airline Ratings also rates Vietjet at seven-star level, the highest ranking for aviation safety in the world for four consecutive years since 2018.

Vietjet Managing Director Dinh Viet Phuong said: “We are proud to keep up with the top safety ranking in the global aviation industry. We have committed to carrying out reliable flight operation while expanding our flight network and diversifying services to provide the best flying experiences to our passengers in the coming time.”

Vietjet operates a new, modern, and fuel-efficient Airbus fleet with technical reliability rate among top operators in the region and the world. The airline is constantly investing into aircraft engine and MRO services, aviation technology’s transfer and adoption with leading providers in the industry such as Safran, Rolls-Royce, SR Technics, Swiss-AS, etc. to ensure the highest standard in terms of safety and quality.

The 42-year-old Hoi An native, who works at a resort on Son Tra Peninsula in Danang, is capable of diving to depths of 10-12m and holding his breath for two minutes. He has taken many underwater photos in the sea off Danang, mostly around Son Tra. Trung began taking underwater photos around five years ago. Every time he dives, he also collects trash from the seafloor and frees corals from nets, he says. Trung says there are a lot of corals around Son Tra, but the reefs near the Bai Nam area, close to shore, is vulnerable to people accidentally damaging them while sightseeing. Damaged reefs could take years to return to their original state. 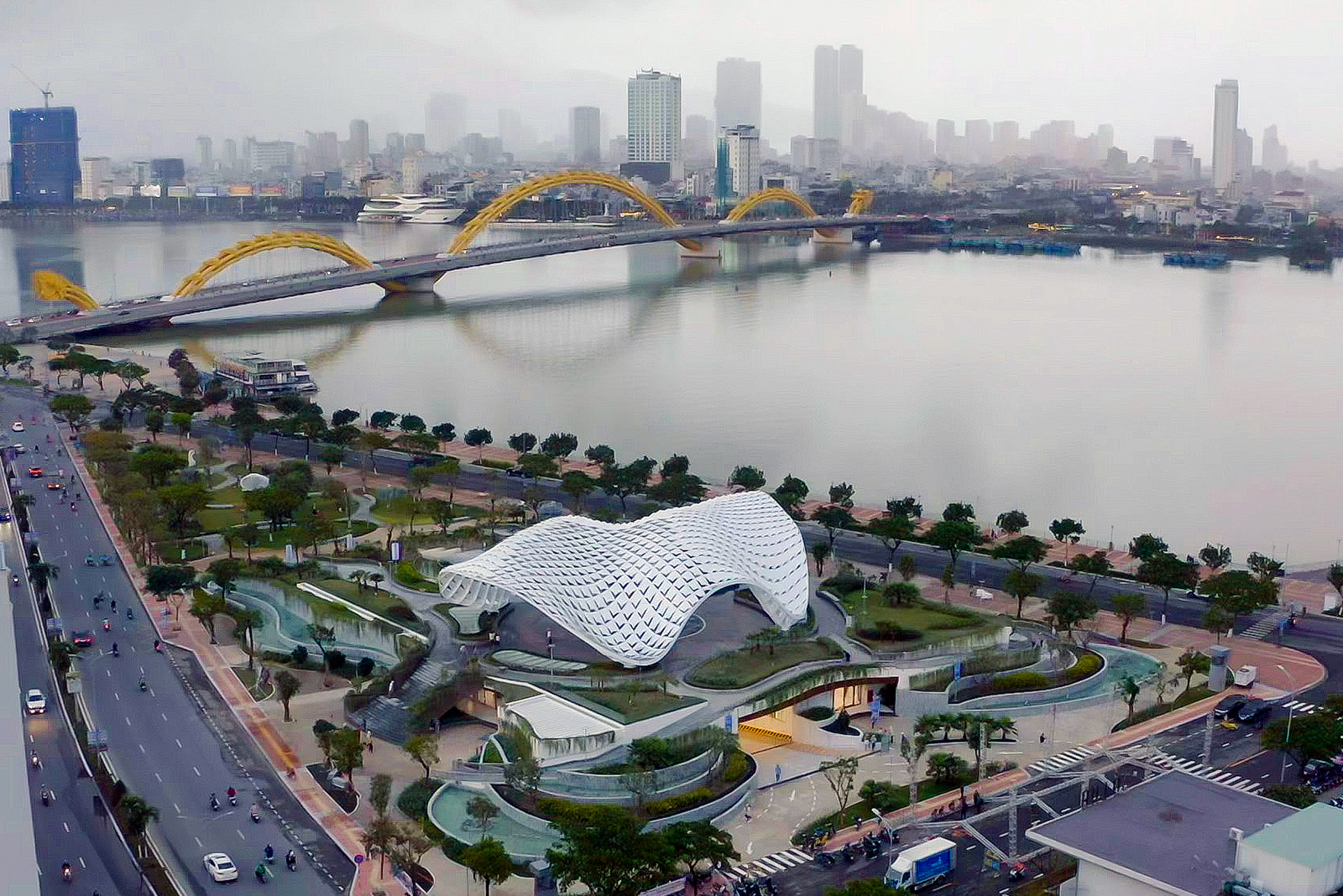 During the Tet Festival, APEC Sculpture Garden which officially opened to the public in mid-January 2022, daily welcomed hundreds of local people and tourists, especially young people, who came to admire sculptures and take photos. The venue has become one of the most-visited places in Danang during Tet.

Between the 1st and the 3rd days of Lunar New Year 2022 (Tet) was the most crowded days in the APEC Sculpture Garden. Family members including grandparents and grandkids visited APEC Sculpture Garden to have fun and take photos of beautiful moments with their beloved ones.

Many young people who were school pupils along with college and university students were eager to stay in this venue for a few hours to take selfies.

Many social media users praised APEC Sculpture Garden for its beauty and expressed the wish to visit Danang to see it after watching the posts featuring this beautiful place.

The highlight of the expanded APEC Park is the kite-shaped dome inspired from the idea of ‘High Flying Kite’, and nearly 200 tons of steel were used to create this item by the Ha Giang- Phuoc Tuong Mechanical Joint Stock Company.

The idea of ‘High Flying Kite’ reflects the changing face of Danang and affirms Danang’s role as dynamic city in Central Viet Nam, as well as presents key role of Danang in driving the growth of the region.

‘High Flying Kite’ idea presents the role Danang plays as a driver of the regional economy. The kite is not only a reminder of childhood but also shows Danang’s dreams and ambitions of its high-flying future.

Hai Chau District authorities have made great efforts to ensure the security and social order in this new attraction to help locals and tourists enjoy this place during Tet while ensuring effective control of the spread of COVID-19. 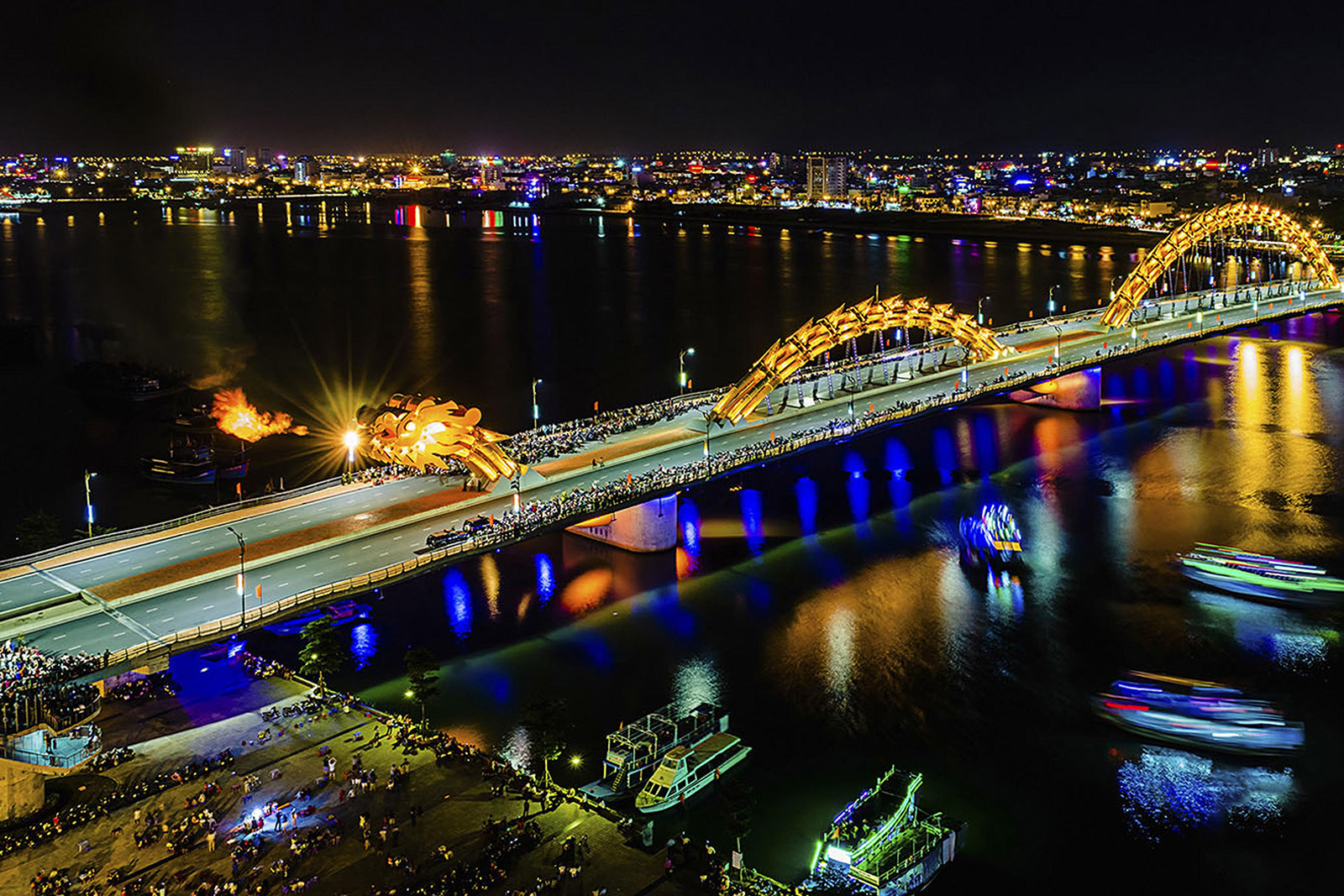